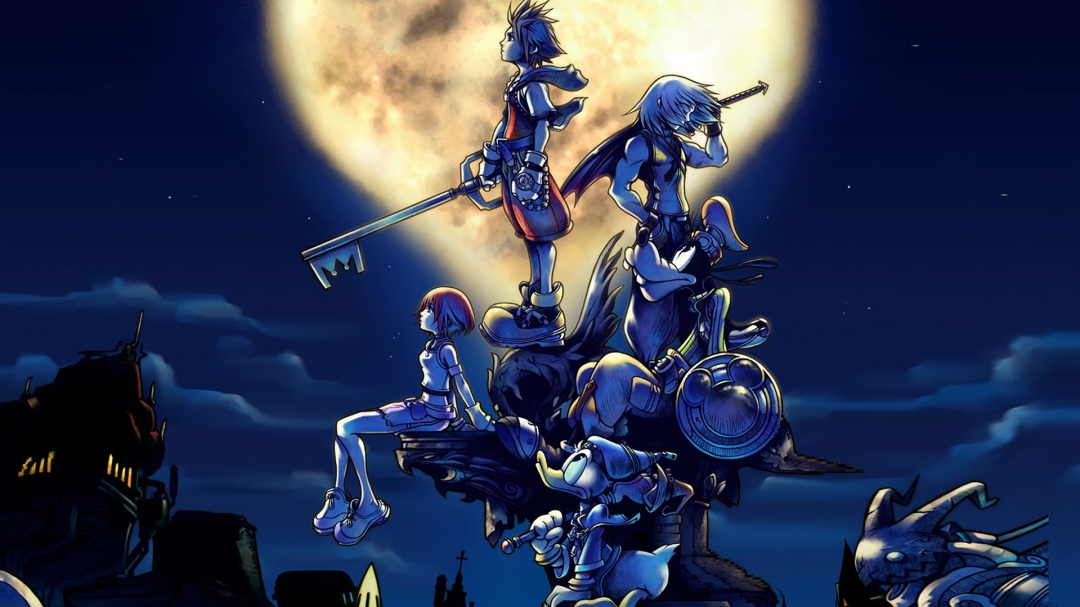 Everyone is familiar with the excruciating pain one has to endure between ordering their food at a restaurant and receiving it. They’re at the point where they know something is being made for them to enjoy, but it’s not ready for consumption yet. Just a little longer. But what if you went to your favorite restaurant and ordered the most delicious-looking thing on the menu, only to have to wait about three days for it to be cooked and delivered to the table in front of you? Would your reaction be a polite “thank you” to your waiter or a “this took three fucking days to cook, Kevin.”? Okay so maybe you can’t be that rude, but you’d probably be justifiably pissed and act accordingly.

Gamers all know the pain of waiting. A game is announced, they get excited for it, and then they wait for six months to a couple years for it to be cooked— err— released. That’s the standard time we sit at the table awaiting our delicious meal. Unless the restaurant we’re at is Square Enix. At Square Enix, the chef tells you he is cooking something, and sends bite-sized samples of it out for you to taste every few hours. He probably takes a few naps while he’s at it, or maybe he makes some weird dish that you didn’t ask for but is kind of similar to what you ordered. He also names it something that doesn’t make any sense just for shits and giggles.

There was a time when Square’s marketing strategies and business models didn’t include the core concept of “fucking with the consumer as much as possible,” but those days seem to have ended when they merged with Enix and no longer went by the name Squaresoft. I remember seeing a trailer for Final Fantasy X in a movie theater in 2001, and I actually had the finished game in my hands December 17 that same year. Oh, and it’s predecessor (Final Fantasy—you guessed it—IX) was released on July 7 of 2000. That’s just seventeen months between two major Final Fantasy releases. Back then, we didn’t have to wait long to see and subsequently play the games we loved. Nowadays, we have to endure case after case of metaphorical gamer blue balls every time something is said about an upcoming Square game.

I’d like to emphasize that I understand games nowadays are much more complex than they were in the early 2000s, therefore taking longer to make. That’s not my complaint. I prefer waiting longer for a great game than having a subpar one sooner. My issue is that Square announces games way too early, sometimes even before they have a solid idea of what the game will be or when it will see the light of day. 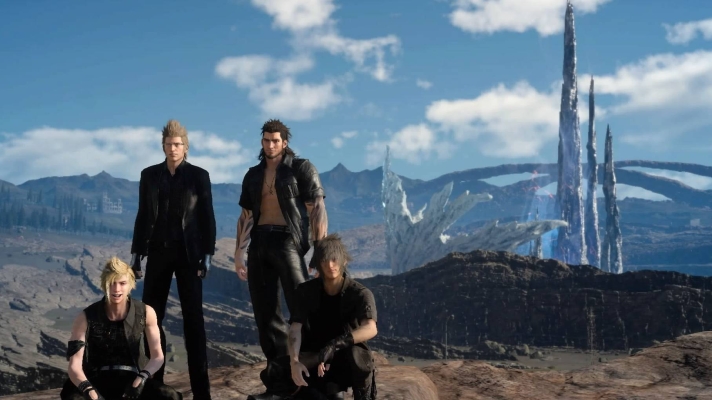 Take the fifteenth main installment of the beloved Final Fantasy series, for example. The first thing to note is that it was originally announced alongside Final Fantasy XIII, the hallway simulator starring the X button and needlessly confusing proper nouns. That’s right, game number fifteen was announced three years before the release of game thirteen. To be fair, it wasn’t originally supposed to be XV. It was to be a spinoff called Final Fantasy Versus XIII, a title that had nothing to do with XIII at all, and the “Versus” name seemingly selected via a dartboard covered with random words. The game was announced via a trailer that showed the protagonist (who eventually came to be named Noctis) facing off against an army of soldiers in front of a palace before taking a nap in his throne inside. Confusing, I know, but this is a Japanese game we’re talking about, so things don’t need to make sense.

Everyone was excited about this game. The trailer may have been confusing, but it still looked badass. We all wanted to play as the guy who was invincible to bullets and could take down an army without giving a single fuck. We wanted more! Thus began the new era of painful waits, silences, and delays by Square. We may have wanted to see more of this game, but the developers were having none of that. The game barely made any public appearances for years, with only snippets of information being leaked online every now and then. It wasn’t until E3 2013 (yes, that’s six years after its announcement) that the game reappeared in a big way, with a new trailer and a rebranding from Final Fantasy Versus XIII to Final Fantasy XV. Finally! We would finally get our hands on this game soon… right?

Gamers still had a little over three years until the full game would release in late 2016. In that time, Square released a few demos for the game to keep people satisfied, the first (Episode Duscai, named after a region in the game’s world) arriving in summer 2015—over a year before the full release. The second big demo (Platinum Demo) did arrive in a much more reasonable/less confusing time window, but featured a standalone, bizarre storyline that wasn’t even in the final game, in which a young Noctis is in a “Honey I Shrunk the Kids” scenario in a gigantic house.

While the game did eventually come out (believe it or not), and it was quite enjoyable, I found I was barely excited to play it. It had been nine years since its announcement, and almost everything about the game had changed with the exception of the world’s architecture and technology. The announcement trailer showed a moody, dark world that was host to a battle that was quite violent and bloody (by Final Fantasy standards). While the game we got did have some mature themes and dark story beats, it was mainly a story about buddies on a road trip. That was… fine, I guess?

I ended up beating the game, and happen to be chipping away at a second playthrough. But the excitement I felt when playing VII, IX, X, XII, and even XIII just wasn’t there. I was so tired of Square dangling the carrot in front of me for so long that the carrot tasted like shit and I just ate it out of necessity.

Kingdom Hearts was a delightful game when it debuted on the PS2 in 2002. The concept was basically “what if Final Fantasy and Disney had a baby” and it was a huge success. It defined the childhoods of many a gamer, and was the best representation of Disney characters in video games to date. In 2005, three short (in retrospect) years later, Kingdom Hearts II came out. Despite having the most excruciating opening sequence in gaming history, it was a fantastic follow-up. Fans loved it and they couldn’t wait to get their hands on more. All they had to do was wait fourteen years…

If that sounds like a particularly large number of years between entries in a series, don’t worry! Square has released plenty of KH spinoffs that nobody has asked for in that time. For what console, you say? None. They were all handheld games. For which device, you ask? All of them. And I don’t mean all the spinoffs were released for all devices. I mean One was released for the PSP, while another was released for the 3DS. Some other ones came out for mobile phones, and I think one was even a web browser adventure for some reason. At least it was easy to look them up and do research thanks to their practical and straightforward titles.

I probably missed one that they probably developed for the iPod shuffle somehow, and probably named something like “Kingdom Hearts 2.7~6: Keytickle Dream ChApter.exe.” Probably. So essentially, if you’re patient (read: psychotic) enough to play all these games, you will need to own pretty much every handheld gaming system after the Game Boy, and then some. Many of you might ask why the resources used on these games couldn’t have been used on making the third game that people actually wanted. To that, Square simply says “re: consumer emotions: lol fuck u.”

Fourteen years is kind of a long time to wait for a beloved game’s sequel to come out. And this wasn’t necessarily a classic case of development hell like Spore or Duke Nukem Forever (bless that game’s little heart). Kingdom Hearts 3 is a game that every fan of the series has been asking for, and there were plenty of resources available for it to be made. Square just didn’t feel like it, apparently. But finally, it has a specific release date of January 29, 2019. The only thing that tells me is that at the time of this writing, they have exactly ninety-nine days to slap another delay on this sucker. Until that game is available to purchase (rather than pre-order), I will be a skeptic. At this point, my brain is no longer able to anticipate this title. I am currently more excited about taking my dog to the vet than I am about Kingdom Hearts 3. 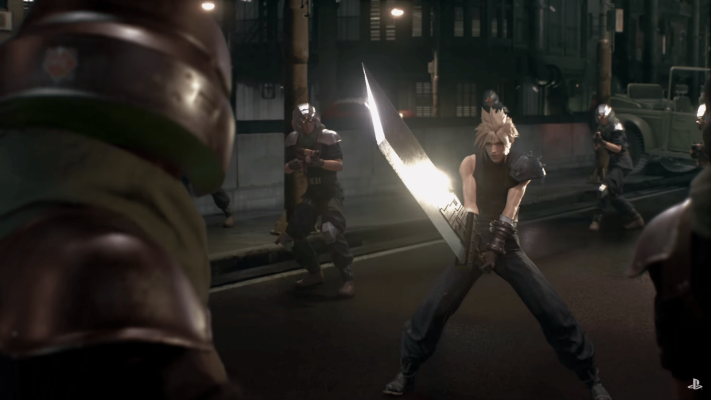 Leading into this last section, I want you to know that I will be offering an itsy bitsy glimmer of hope at the end, just so you don’t shove a fork into both your eyes.

Many people consider Final Fantasy VII, released in 1997, to be the best game in the series. Some even consider it to be the best game ever made. Me? I really, really like it, but I honestly can’t choose a definite favorite. But VII is up there. Needless to say, it is a very beloved game. I’m sure you can imagine the audience’s excitement at E3 2005, when the opening cinematic was shown, fully remade with PS3 graphics and sound. It was like a dream come true. People were thrilled that one of their favorite games was getting a remake. But there was one small problem: The game wasn’t being remade. The video in question was only ever meant to be a tech demo for the upcoming Playstation 3. I mean, what better way to sell your product than giving your entire target audience blue balls? To this day, I still can’t figure out how someone thought this wouldn’t piss people off. Imagine someone showing a dog lover the cutest puppy in the world, then throwing it into a wood chipper, a smile on their face the entire time. This wasn’t quite so dramatic, but you get the idea.

Luckily, a remake for FFVII was officially announced at E3 2015, but aside from screenshots and a few short videos, not much has been seen of it since. The developers have clarified that it will be more than just an exact remake with modern graphics. There will likely be entire plot points that will be different or gone altogether. In addition, the game is going to be released in an episodic structure, similar to a Telltale game. I have no idea how this will work, but I’m okay with it if they manage to do it correctly.

So far, the game doesn’t even have an official release window. This isn’t surprising, considering Square’s track record over the last decade and a half. But I did promise a little sliver of hope. Here it is (but temper your expectations): Tetsuya Nomura, the game’s director, confessed in June of this year that the Remake, along with Kingdom Hearts 3, was announced way too early. This doesn’t explain any of the company’s other confusing marketing moves, but I’m hoping this means that we will get future announcements closer to the actual release. Please, Square, let this be the case.

I guess only time will tell.