When I was a wee lad, Sonic the Hedgehog was a huge part of my life. I was a scrawny little nerd creature who loved video games, those games were just so much fun. The vibrant and varied level designs. The soundtrack and sound effects. The bosses. And who could forget the absolute rush the game gave you as you powered through the zones at a speed never before seen in gaming? Sonic the Hedgehog was, and still is, one of my most beloved game series.

Now, being a fan of something usually means being letdown and disappointed. Take Star Wars or Redskins fans, for example. It’s almost like they enjoy the punishment. Unfortunately, Sonic is no different. After four outstanding games on the Sega Genesis, as well as some pretty solid entires on other consoles, the 3D video game revolution began. 3D platformers like Super Mario 64 were selling like crazy, with no signs of slowing down. Unfortunately, the Sonic series’ jump to three dimensions wasn’t quite as successful as the fat plumber’s, and the series stumbled for years. There have been some decent 3D Sonic games here and there, but none that came close to capturing the magic of the Genesis days.

That’s why it was a Blue Blur fan’s dream come true when Sonic Mania released in 2017. It was the first proper Sonic game in sixteen years, going back to the series’ roots with classic visuals, gameplay, and audio. That’s not to say it completely abandoned the present, however. One of my favorite things about Mania was that the first act of each zone felt very much like one from the Genesis era, and the second act added new and experimental gameplay elements. For instance, the Chemical Plant makes a triumphant return from Sonic 2. Act 1 feels familiar to anyone who remembers the original, but Act 2 adds surfaces that Sonic can use to bounce to stupid heights. It’s a perfect blend of old and new.

Chemical Plant wasn’t the only classic zone to get this treatment. Other such as Oil Ocean and Lava Reef (my all-time favorite) also made appearances, which made me wonder what other classic zones would be like if they had been included. I’m strongly hoping that some sort of sequel to Mania is in the works, because it’s so damn good. If I’m right, there are a few zones I want to see in the game.

When you think of speed, you think of intense music and zoom noises. You don’t think of serenity. Yet that’s the exact word that comes to mind when I think of this stage. In terms of soundtrack, Star Light is incredibly calming, despite being the musical backdrop for high-octane loops, seesaws, and springs. The visuals are just as notable, showing a (you guessed it) night sky lit by stars.

With all the loops and floating platforms, this zone could translate perfectly into a Mania-style version. I’d love to serenely bonk those baddies into oblivion all over again.

Look. Chemical Plant is good and all, but it really steals the spotlight from pretty much every other zone in Sonic 2. One of the best (and most overlooked) of those is Hill Top. With pleasant-looking hills and mountains being invaded by caverns of fire and lava, the thematic contrast is striking.

If this were to make its way into a future Mania, an entire boss battle could be constructed around the rising lava mechanic. Hell, there could even be an Indiana Jones-esque segment where you’re outrunning it in a tunnel filled with obstacles. 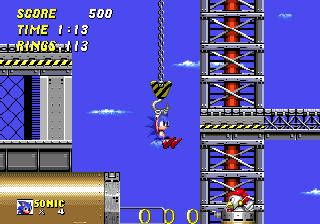 So many things could be done to mix up this zone, it’s hard to count them. It takes place on a flying battleship that’s covered in weapons (even if the turrets are just pro-abortion chickens). The original sent you through platform sections that boasted a long way down if you made a bad jump, and I love the scenes where you have to hang on to the paneling to avoid being swept away by the wind. Who cares if the architect of the ship was high as a kite when he designed it? It’s a blast to play.

Hopefully it gets the Mania treatment, and hopefully it’ll throw in some cool twists, like a boss battle requiring you to destroy the engines and escape on your plane.

I’ll nip this one in the bud right away. I know Angel Island is technically in Sonic Mania. But you just get a little tease before you’re whisked off to the actual first zone.

I’m usually not a fan of jungles in gaming, but this one is near and dear to my heart. Maybe it’s because it’s tied to some great memories of playing this game with my brothers, but Angel Island has always been special to me. And the potential for a Mania twist is already in the original version. Half of that zone is spent with the jungle on fire, so why not introduce a huge fire-based boss that scorches the place, rather than that weird ball that shits out popcorn?

Sonic. Snowboarding. Why was this not included in the existing Mania?

Anyone, anyone who knows me probably knows I have an unhealthy love for snow environments in games, and this is one of the best. Ranging from the tops of dust-covered mountains to the depths of icy caverns, Ice Cap is definitely pretty high up there in terms of aesthetics. The music is the best of any of the Sonic 3 zones, as well.

Give me more springy bridges and ice loops!

From surging through pipes to busting up those weird frog-looking guys, there’s a lot to love about Launch Base. It even has a healthy amount of underwater segments, as well (that is, just enough for good variety). I loved defeating Robotnik in two very different encounters in the original, and the transition between the two that saw the actual launch of the Death Egg was awesome. A remake could do some pretty cool stuff with that kind of spectacle. Just please keep the soundtrack that keeps shouting “GO!” at me. 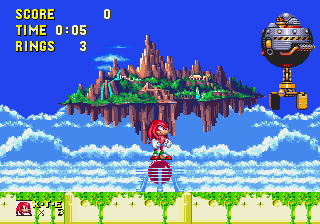 Perhaps the best thing about Sky Sanctuary is the sense of wonder the soundtrack alone gives. It’s perfectly fitting for floating palace ruins, conveying the feeling of something grand and heroic. I can still perfectly imagine the sound of the portals that carry you further and further upwards towards Metal Sonic and the Death Egg.

Sure, I could do without the laser gun robots in a potential remake, but the satisfaction of destroying one almost weighs out the frustration of encountering one. Just please give me an updated version of the final jump onto the space station.

Speaking of said space station, this zone is one of the most delightful and challenging of the entire series. Though I’m not a fan of the mini-boss, that dude has already been redone in Mania, so I doubt he would be in a potential updated version of Death Egg. That leaves the door open for a brand new mini-boss. They were a highlight of Mania, and I’d love to see more original ideas.

Mini-boss aside, the zone throws everything at you. Light tunnels that send you flying around the map, floating platforms surrounded by spikes and electricity, and even some janky-ass gravity mechanics make this a blast from start to finish.

It would be an absolute delight if a sequel was made and included even a few of the aforementioned zones, but that doesn’t mean it should be all about the past. With Sonic Mania, the developers proved they could not only treat the classics with care, but create new worlds with just as much skill. They gave us the best sonic game in sixteen years, and I sure as hell hope they want to keep going.